The Government nabs the wrong man through shoddy and speculative “blockchain analysis.”

Roman Sterlingov is a computer geek, an early adopter who started using BitCoin in 2011- not the crypto drug money laundering kingpin this Kafkaesque prosecution portrays him as. There is no evidence for that; the Government’s speculative accusations have no corroborating evidence. No eyewitnesses, no evidence at all of Roman operating a BitCoin tumbling onion site with a staff for a decade. No Admin logins, notes, communications, emails, nothing. After an extensive and expensive Government investigation spanning six years that involved surveillance, wire taps, and pen traps on Roman.

In November 2019 an IRS Agent in Washington, D.C. connected to the Tor Network, and went to foggeddriztrcar2.onion, an Onion site called Bitcoin Fog to tumble some Bitcoin (BTC). Tumbling anonymizes the owner of the BTC like the encryption on your bank account. It makes it harder to target your digital assets for theft.  It’s legal, and good InfoSec practiced by people all over the world.

Despite this, the Government says the IRS Agent’s unilateral act of logging and accessing Government accounts on an Onion site and directing BTC from it to another Government controlled wallet means Roman is liable for ten years of money laundering as the operator of BitCoin Fog.  And that his jury trial should be in Washington, D.C., 4,000 miles (about 6,437.38 km) away from his home in Gothenburg, Sweden, where he moved from Russia with his mom at age 14.
Roman had never set foot in D.C. before.

Roman got into BTC early, in 2011, while in his early twenties. He learned how to set up wallets, and as a side gig to his work for a Swedish internet marketing company, he set up wallets with BTC for people, charging a small commission. On January 1, 2011, BTC trades at 1BTC = 30 U.S. Cents. This is the period he accumulated his crypto; but concerned with crypto’s volatility he decided to get a backup job in case his digital assets got wiped out. He decided to become a commercial airline pilot and signed up for an intensive training program in Nevada.

On April 27, 2021, 32-year-old dual Swedish-Russian citizen Roman Sterlingov is traveling through Los Angeles International Airport (LAX) on his way to the flight school intensive when FBI Agents arrest him. They seize the computer geek and crypto-investor’s computers, 3 Terabytes of hard drives, SD cards, thumb drives, back up account codes, handwritten notes, cell phones, etc., and he’s been in jail since. None of the electronics or storage devices or anything else seized at LAX has any evidence of Roman operating an Onion crypto tumbling site that has a staff and would have required constant maintenance.

A six year investigation and nothing. Roman sits in jail, perplexed; the last plea offer was 25 to life.

Nonetheless, the Government charges Roman via a bare bones Indictment with conspiracy to money launder, operating an unlicensed money transmission business, violating D.C.’s municipal code for money transmission without a license, his seized assets are subject to forfeiture.

Why This Is Important

This prosecution puts every person who uses cryptocurrencies at risk. The Government should only use scientifically sound, peer-reviewed, accepted, verifiable forensics techniques – and they haven’t done that here.

The Government’s case dives down the internet rabbit hole.  A guessing game, rife with errors and misattribution. An arbitrary prosecution. Based on bad forensics with no corroborating evidence. No eyewitnesses, emails, communications. Nothing.

What You Can Do To Help

Roman’s trial is January 4, 2023 in the Federal District Court for the District of Columbia.

The Government seized all his assets on top of jailing him pretrial 4000 miles (6437.38 km) from home. We’ve filed motions to dismiss, and ones challenging both his pretrial detention and seizure of his assets. And we’re preparing for trial. If you want to help please donate, and spread the word,

Federal Criminal Defense is expensive. It is why so many take plea deals even when they’re wrongly accused. The prosecutors of course have all of the resources.

Trial expenses, in a regular case, include printing, travel, experts, trial graphics, IT, discovery, mock juries, litigation consultants, postage, presentation software, research costs and more.  Not to mention hundreds of hours of work by our attorneys and support staff. In a computer crimes case like this? Add even more discovery and a team of computer forensics and blockchain experts.

Donations in USD can be made via this link: https://donate.stripe.com/00gaG43HA9Aaeac4gg

Donations by BTC can be sent to: 38tTqpoCAMZNMYHgSBDnADin7ERa3Rw6B9

Reach out to info@torekeland.com to donate in other forms

"I did not create Bitcoin Fog. I was never an administrator of Bitcoin Fog,” Sterlingov told WIRED, speaking from a Northern Virginia jail. "I’ve been here for more than a year now. I’m really perplexed at the system that could put me in here, at what they can do to an innocent man. It’s a Kafkaesque nightmare."
Roman Sterlingov, to Wired's Andy Greenberg
Ekeland counters that the defense hasn’t received any details of that blockchain analysis and points out that it was left out of the most recent superseding indictment against Sterlingov, which was filed last week. That means, he argues, that the government has based the core of its case on an unproven, relatively new form of forensics—one that he says led them to the wrong suspect. “Has it been peer-reviewed? No,” Ekeland says of blockchain analysis. “Is it generally accepted in the scientific community? No. Does it have a known error rate? No. It’s unverifiable. They can say total nonsense, and everyone has to take it on faith."

Andy Greenberg and Lily May NewmanWired - https://www.wired.com/story/bitcoin-fog-roman-sterlingov-blockchain-analysis/
Ekeland argues that Chainalysis, valued at $8.6 billion in a recent investment round and frequently used in high-profile cybercriminal law enforcement investigations, had a conflict of interest in the case, given its financial dependence on US government contracts and a flow of former government investigators who have gone to work for Chainalysis. “This is a story of people profiteering and advancing their careers, throwing people in jail to promote their blockchain analysis tool that is junk science and doesn’t withstand any scrutiny,” says Ekeland. He adds that, based on the evidence provided in Sterlingov’s case, he believes “Chainalysis is the Theranos of blockchain analysis."

from article by Lily May Newman and Andy GreenbergWired -https://www.wired.com/story/bitcoin-fog-roman-sterlingov-blockchain-analysis/
Previous
Next 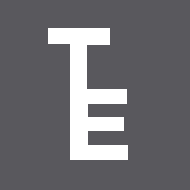 These days lots of law firms claim they practice computer or “cyber” law. They tack the word cyber in front of everything and claim to be “cyber” experts. It’s cyber this and cyber that. Every law firm wants to join the cyber law parade. But when you ask one of these “cyber” law firms the difference between a MAC Address and an IP Address you get a blank stare. And you probably get that blank stare in the form of an unencrypted email sent from that law firm’s unsecured server. We’re not that law firm.

In 2012, we were the first law firm in the country to accept BitCoin as payment. It wasn’t a big deal to us then and we aren’t dazzled now by all the hype around virtual currencies. We’ve been on the cutting edge of computer law for the last six years and we’re not stopping.